How to dine Basque style means understanding what kind of food is prepared and served, it’s understanding the traditions of how it emerged here in America. Basque is a region in Europe, but before I enjoy my first meal, I wanted to understand the full experience of how to dine Basque style. What is a Basque meal and what do I need to know? I’m dining at the JT Basque Bar and Restaurant in Carson Valley, Nevada for my first Basque meal, but I shared my first meal with Marie-Louise Lekumberry, to learn how to dine Basque Style at the restaurant she owns and runs with her brother, which has been passed down through the family and has it’s own unique history and energy.

Disclosure: WhereGalsWander received a complimentary meal at JT Basque but views expressed are my own.

JT Basque is located in Gardnerville, Nevada, right in Carson Valley. It’s considered an icon of the valley, not just for the restaurant’s own history, founded in 1896, but for the cultural experience of the traditions passed down for generations. There’s also the warm hospitality and the amazing food. The culture resonates in every bite, and hearing the story behind how it came to America only enhances the flavor. I’m now a fan of the food.

History of the Basque in Carson Valley

Marie-Louise Lekumberry is a born storyteller. She pulls up a chair alongside me as if we have known each other forever, and tells me the history of the Basque settling here and about her family’s restaurant, the JT Basque.

Immigrants from the Basque region in Europe immigrated to the western part of the United States in search of gold. When they weren’t successful, they returned to their roots of sheepherding across the valley. The Basque community often worked together, ate together. The meals were determined by whatever food was available that day. Many often had the staples of salad, beans, stew, meat and French fries (“French Fries?”, I asked Marie-Louise. “Yes,” she said, “Almost every European culture has some form of sliced or fried potato. You know the French didn’t really invent these,” she replied.)

The History of the Menu

Marie-Louise shared the first Basque people, along with many other Europeans, came over in 1849 to mine for gold, primarily settling in California, Nevada and Idaho. Instead of joining the old rush, they instead discovered they could make a living herding sheep, or raising livestock for meat and leather. There wasn’t any such thing as land permits, they would just free range with their sheep. This often lead to a lot of run-ins with the cowboys as the cows and sheep battled to feed off the grasslands.

“There was no permitting on land, so they could just free range. The only people they had to worry about dealing with were the Cowboys and their cows. So whenever a town would get like maybe 100 or 200 basques arriving, somebody would either rent or lease a hotel, which was a boarding house, serving three square meals a day to these Basque immigrants coming in from the Homeland,” said Marie-Louise.

She continued, “Hotels were sprung up down from the where the sheep camps were, up on the range. Some immigrants decided not to be herders or shearers and would decide they wanted to get a job in town. They would become cooks in the Basque hotels. These guys were never trained chefs, but they were cooking very well for themselves every day. They exchanged with the farmers who would bring them staples, like beans and potatoes in exchange for meat and meals. The camp tender became lots of potatoes and beans that could last weeks with creative recipes. There would always be a stew and pinto beans. Pinto beans became the American bean of Basque food.”

Family In The New Land

“So the newly arrived young men would find a place where there is a familiar language, cuisine, that sort of thing in a place to land to get acquainted in the new world. So, all of our places started as boarding houses, fast Patel, boarding houses. To dine Basque, it was all long tables. They would eat here three times a day. The dinner bell rang “time to dine” and the boarders and the town folk all sat down and long tables and the food was served family style and there was just one meal prepared for every meal. for everyone to pass and share.”

“And so, we continue to serve the same meal today. But now instead of one long table, it’s made all for families. We have individual tables now, but you still get the terrain of soup and the, and the wine and, and then all of the courses you pass around to share. It’s fun. It makes the meals meaningful.”

Marie-Louise hopped up to seat a few families at their tables, and it was like watching 5 or 6 family meals going on at once, all of us sharing in the experience. After giving the history of the meal, Marie-Louise announces that every meal begins with a Picon Punch, and soon, the table starts filling up with food.

How To Dine Basque Style

The meal begins with a Picon Punch. A traditional aperitif made with liqueur, soda water, grenadine, a splash of lemon, and a bit of brandy floating on top.

The Soup, The Stew, And (of course) Beans

Marie-Louise continued, “Every meal the traditional Basque meal starts with soup. So, I think tonight we’re having like a cabbage soup, that’s a traditional Basque soup. And then, the very simple salad after that. Then, you’re going to get a stew, followed by beans as the next course. Basque people like me and many other, you know, European peasant cultures eat all of the animals prepared for dinner. So traditionally the stew could be made from any part of the animal so ensure no part is wasted. Typically that could be like a tongue stew or oxtail stew, or a pig’s feet with tripe sweetbreads. It changes from night to night, depending on what’s available. On our menu tonight, it is a regular beef stew, usually beef or lamb stew.”

Marie-Louise recommends the chicken, the signature dish. “The Basque chicken dish is a classic, considered the best dish. It’s chicken with a tomato red bell, pepper onion, garlic sauce. It’s a classic best sauce on many things, very fresh. It has that red, red bell pepper, fresh taste. It’s not spicy at all. It is a nice sweet red bell pepper taste.”

Other entrees include a choice of sirloin steak, lamb, sweetbreads, pigs feet, tripe. There are specials which might include spaghetti and meatballs, rabbit, scampi as examples. The Lekumberry family continues the practice of sourcing locally for potatoes, and other local ingredients. And they have even raised their own beef and gardens for the restaurant.

Yes, and it is the most amazing thing ever. Slowly pour the bottle of red wine over the vanilla ice cream for desert!

History of the JT Basque

The white victorian building shares space with an old-fashioned barber shop. This original building was bought and moved to Gardnerville, Nevada in 1892. Jean Lekumberry came to the US with thirty-two dollars and began working as a sheepherder and soon learned he hated sheep. In looking for his next opportunity, Jean, his wife Shirley and Jean’s brother Pete bought the JT Bar and restaurant. The three Lekumberry kids starting working in the restaurant as very young children, and after Jean passed in 1993, Marie-Louise took over running the front of the house while her brother J.B. runs the kitchen.

It seems everywhere you look around the JT Basque bar there is a story. Jean’s framed portrait hangs above the bar and the caricature of him adorns T-shirts and the menus. A customer used to leave his hat on the bar to signal “just one more drink” leading Jean to nail it up on the wall, and a tradition soon started. Lucky bills are nailed to the ceiling by customers, and all that greenery is donated to a charity once a year. So check out JT Basque: great food, great vibes, great family. 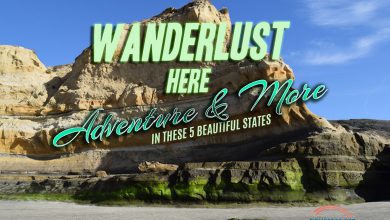 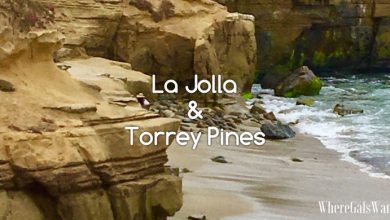 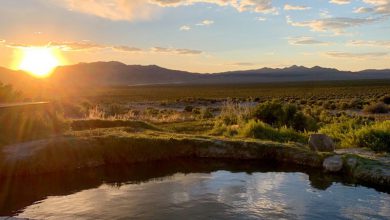 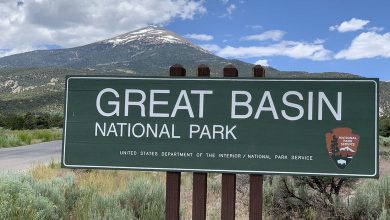 A Perfect Place to Begin Traveling Again: Carson Valley
May 21, 2021